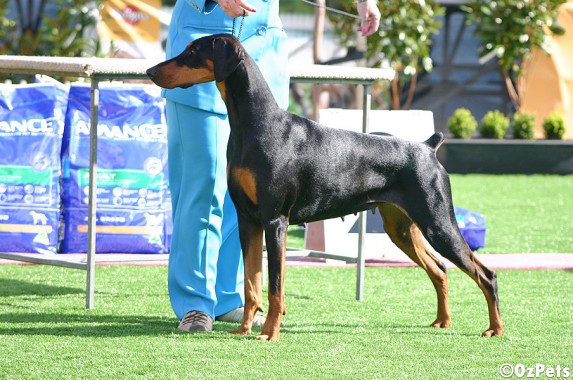 Dobermanns are known to be intelligent, alert, and tenaciously loyal companions and guard dogs. Personality varies a great deal between each individual but, if taken care of and properly trained, they are generally considered to be loving and devoted companions. The Dobermann is driven, strong, and sometimes stubborn. With a consistent approach, they can be easy to train and will learn very quickly. The Doberman Pinscher has been ranked amongst the most intelligent dog breeds.

The Dobermann, or Doberman Pinscher, is a medium-large breed of domestic dog that was originally developed around 1890 by Karl Friedrich Louis Dobermann, a tax collector from Germany. His ultimate aim was to possess a dog that was of average build, so that it could be intimidating to intruders or robbers. A dog with a short, smooth coat would be easy to care for, with a minimum of grooming. The dog would also have to have great stamina, be intelligent, and display alertness, and even aggression. So when he decided to use different breeds to develop this special guard dog. 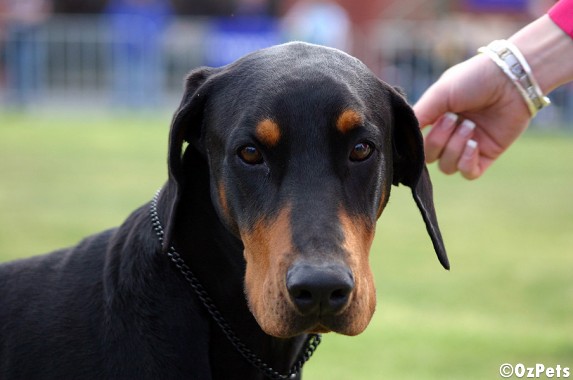 Although they are considered to be working dogs, Dobermanns are often stereotyped as being ferocious and aggressive. As a personal protection dog, the Dobermann was originally bred for these traits. These traits served the dog well in its role as a personal defense dog, police dog, or war dog, but were not ideally adapted to a companionship role. The Dobermann's aggression has been toned down by modern breeders over the years, however. Today's Dobermanns are known to have a much more even and good-natured temperament, as well as extreme loyalty, high intelligence, and great trainability. The modern Dobermann is known to be energetic, watchful, fearless, and obedient. 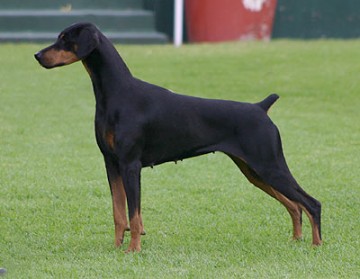 The Dobermann can easily learn to respect and protect their owners and are therefore considered by many to be excellent guard dogs. Given that they are properly socialized from a young age, they are generally sociable toward familiar humans and can also be sociable with other dogs. However, Dobermanns do rank among the more-likely breeds to show aggressive behaviour toward strangers and other dogs, though they are not among the most likely to do so. They are highly unlikely to show aggressive behaviour toward their owners.